Dizzee Rascal, Tony Hadley and More to Perform at Teesside Airport In Summer of ‘Drive In’ Entertainment | Ben Houchen Skip to main content

Dizzee Rascal, Tony Hadley and More to Perform at Teesside Airport In Summer of ‘Drive In’ Entertainment 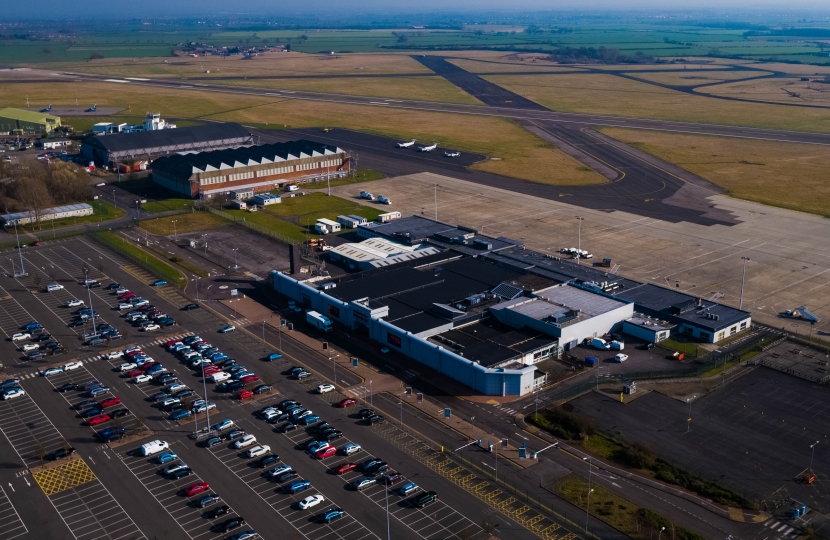 Dizzee Rascal, Tony Hadley and Sigala will be amongst the big-name stars performing at Teesside International Airport this summer as some of the UK’s biggest artists descend on the Tees Valley for six weeks of live ‘drive-in’ entertainment.

Utilita Live From The Drive In will run for six days a week for six weeks from mid-July and will also see live performances from The Streets, The Zutons, Russell Watson, Gary Numan and Lightning Seeds, famous for their Euro 96 hit Three Lions, along with many more artists, with other big names still to be announced.

Rapper Dizzee Rascal became a household name with tracks such as Bonkers, Dance Wiv Me and Holiday. Also appearing will be DJ and record producer Sigala and Tony Hadley, who forged a successful solo career following his time as lead singer of Spandau Ballet in the 1980s.

The shows will take place on a specially constructed stage with the backdrop of the airport’s main runway. Despite the unique location of the stage, there will be no disruption to flights when the airport reopens to passengers on Monday (June 22).

The event, organised by Live Nation, will give those who are missing their fix of concerts and live music a chance to see huge, global artists and DJs from the comfort of their cars but with the same arena or stadium feel that fans love.

Events are taking place at 12 venues across the UK between July and September, with the Teesside Airport drive-in the only venue of its type across the whole North East.

The shows are designed to comply with all official guidelines ensuring audiences can enjoy the series of music concerts, theatre performances, comedy shows and family experiences this Summer in a safe and responsible way.

Events will be capped to around 300 cars with adequate social distancing spacing in between. Bars and concessions will also be available.

Cars with up to seven people are allowed and each vehicle will have its own dedicated area for people to either stand or bring folding chairs if they wish to enjoy their chosen show.

Tees Valley Mayor Ben Houchen said: “I have always said our airport is about much more than just flights, and here’s the biggest proof of that yet! In these unprecedented times, it’s easy to sit back and do nothing but my team have worked hard and thought outside the box for new ways to support our airport.

“I know that people in Teesside, Darlington and Hartlepool love their gigs and shows  – just look at how fast tickets sold out for Radio 1’s Big Weekend in Stewart Park last year, or for Take That and The Killers at the Riverside Stadium. I’m sure the coming weeks of drive in entertainment will be equally as fun.

“A thriving airport is key to my plan to get our economy moving again once we’re through the pandemic, creating good quality local jobs for local people. With the Southside development under way, our deal for Willis Asset Management for their new European maintenance base at Teesside Airport working with some of the biggest airlines in the world, and now this, something a little bit different, shows we have a lot to look forward to.

“These events will give everyone the chance to have a good time with friends or family whilst adhering to strict social distancing guidelines which are still rightly in place. There will be something in the line-up for everyone.

“I’m delighted Teesside Airport has been chosen to host these events. Everyone has had to sacrifice so much in recent times and the people of Teesside, Darlington and Hartlepool deserve a good night of entertainment.”

Peter Taylor, Live Nation Promoter said: “We are excited to bring Utilita Live From The Drive-In to fans across the U.K. This outdoor concert series was created as a way to reimagine the live music experience during a time of social distancing by allowing fans to enjoy concerts in the safest way possible. Each event will comply with all official Government guidelines in order to protect fans, artists, crews and staff. We look forward to announcing some of the biggest names across U.K. music and bringing these fantastic artists to a city near you.”

Tickets go on sale on Monday. To book tickets, see the schedule and for more information of coronavirus restrictions and health and safety, visit LiveNation.co.uk.