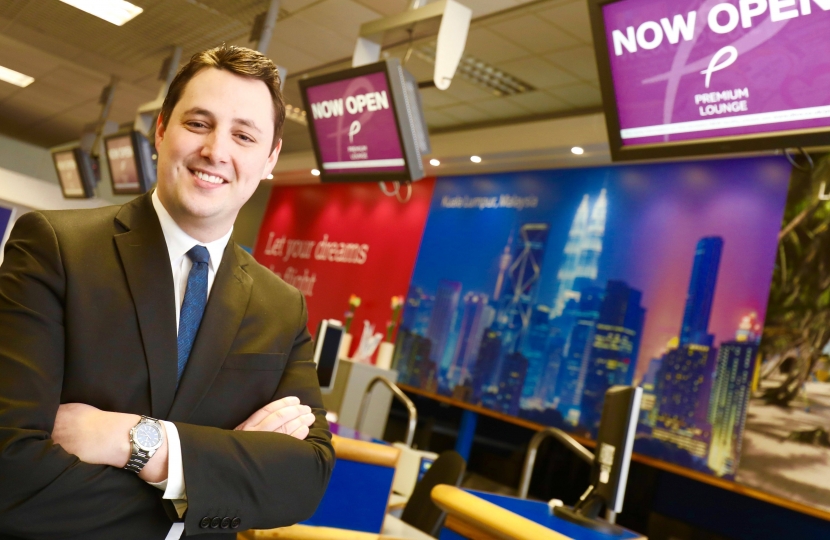 ·         The emerging business case and turnaround plan will be presented in full to the five Tees Valley council leaders by the proposed operator today (20 December) in a confidential meeting under a strict non-disclosure agreement.

An online poll set up to decide whether to change the name of Durham Tees Valley Airport back to Teesside International has been completed by 14,000 local people – with 93% supporting a rebrand back to the airport’s pre-2004 name.

Following the announcement earlier this month that a deal had been reached between the Mayor and Peel Group to acquire the airport, Mayor Houchen has now confirmed that if the final deal is approved by council leaders in January, the airport name will revert back to ‘Teesside International.’

Tees Valley Mayor Ben Houchen said: “If the people get to own this airport, it’s only fair they decide what it should be called. The people have spoken, and I’ll deliver what they want. If we take back control of our airport, I’ll change the name back to Teesside International.

Teesside International Airport changed its name to Durham Tees Valley by current owners Peel Group in September 2004. The reason given for the rebrand was that many of the airport's passengers, particularly those from outside the UK, were unfamiliar with the location of Teesside, whilst Durham was better known.

In 2010, a poll of over 2000 Evening Gazette readers found that 9 in 10 people in each borough backed ‘Teesside International’ as the name that should be used for our area’s airport.

Mayor Houchen added: “International investment doesn’t arrive on a bus, it arrives through an airport terminal. Our airport name should reflect a brand people know and understand world-over.

“’Durham Tees Valley’ is a made-up name. It doesn’t exist, and when I speak to international investors they don’t know where it is either.

“It’s even more embarrassing for me to tell investors they have to go to Manchester or Newcastle airports and drive to get here. We are not the poor relation of Newcastle and Manchester, and we deserve to have our own thriving international airport.”

Mayor Houchen’s £40million plan to acquire Peel Group’s 89% shareholding in Durham Tees Valley Airport and 819 acres of land – including the site with planning permission for 350 homes - will require the approval of the Tees Valley Combined Authority Cabinet. The Mayor has promised to stop the proposed housing development, should the whole plan be approved.

The Cabinet, chaired by the Mayor, is also made up of the Labour leaders of the five Tees Valley local authorities – Middlesbrough, Redcar & Cleveland, Hartlepool, Darlington, and Stockton-on-Tees.

An emergency meeting of the TVCA Cabinet to vote on the Mayor’s plan will take place at 10am on Thursday 24 January 2019. It will be open to the public and press.

The Leaders of the five Tees Valley authorities will today (20 December) receive a full and confidential briefing from the proposed new airport operator, where they will also be presented with the emerging business case and turnaround plan. The Mayor has pledged to release this information into the public domain “for all to see” when he announces the name of the new airport operator in early January 2019.

A non-disclosure agreement has been in place between the Tees Valley Combined Authority and the proposed airport operator since May 2018.

Mayor Houchen said: “I don’t want to give the Labour council leaders any excuses to reject this plan to save our airport from closure. That’s why I will be completely open, honest and transparent throughout this entire process.

“Today (20 December) the council leaders will see everything we have, they will meet our new operator, and they will see why taking back control of our airport to stop it from closing is the right and proper thing to do.

“In early January 2019, I’ll be announcing the new, well-established UK airport operator who will work with me to bring our airport back to life. Once the operator has made a public announcement, we will also publish the full business case, full turnaround plan, and full valuation report for all to see - including all the necessary legal, risk and due diligence work.

“I want every single person as humanly possible to see why taking back control of our airport adds up, and why it is the right and proper thing to do.

“Under my plan, the people will own the airport to prevent it from closing, and it will be operated by a company who knows what they’re doing, and actually wants to make this airport a success. We have a plan to attract more airlines, more flights, and then we will have a full commercial redevelopment of the 819 acres which will bring more investment, more jobs and really see this airport take-off.

“With a new plan, new leadership and a new vision, the People’s Airport will pay for itself.

“If the council leaders vote for my plan on 24 January, we will secure our airport’s future for generations to come. If they reject my plan, our airport could close in 2021 – it’s as simple as that. There is no alternative.”

Tees Valley Mayor Ben Houchen has hailed the Tees Valley Business service a huge success after it gave out millions of pounds in grants in its first 12-months to businesses across Teesside, Darlington and Hartlepool that are looking to invest, expand and create jobs.