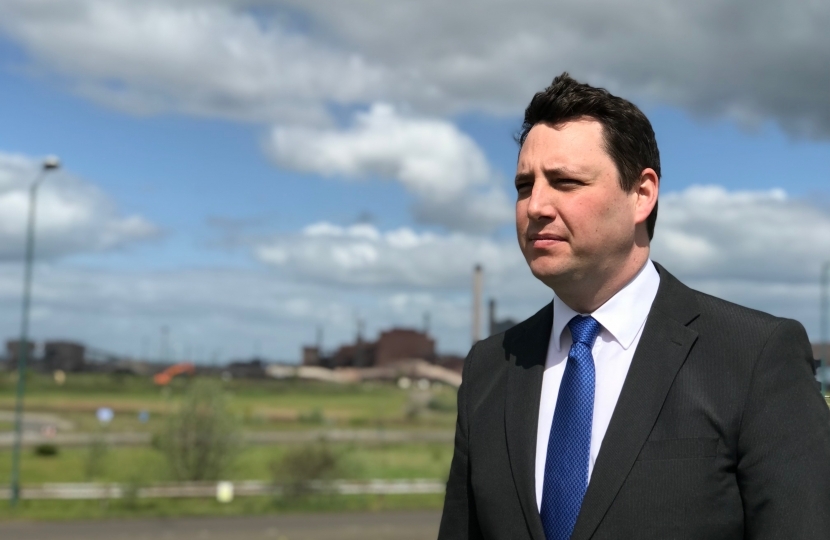 Tees Valley Mayor Ben Houchen has today declared “enough is enough” and vowed to take back “what is rightfully ours” following confirmation that a date for the Public Inquiry into the Compulsory Purchase of Redcar Steelworks has been fixed.

The Public Inquiry will start on the 11th of February and run for up to 12 days.

In April, the Tees Valley Mayor instigated compulsory purchase proceedings in respect of 870 acres of land at the former SSI site in Redcar, which closed in 2015.

Negotiations have since reached a deadlock, and despite numerous attempts to negotiate, no final agreement has been reached.

The Government has already provided £137 million to get the site ready for redevelopment. Not all of this money has been spent, Mayor Houchen said if more money is needed, he’ll be the first to ask for it.

It follows a landmark deal signed by Mayor Houchen earlier this year to acquire over half of the developable land on the site from Tata Steel Europe. At 1,420 acres, it represents an area about the size of Gibraltar.

“That way, we’ll be able to attract even more investment and get on with creating the jobs we are creating for local people in an area that was devastated by the closure of SSI.

“I’m pleased we now have a date for the Public Inquiry. Enough is enough, and it’s time we take back what is rightfully ours.

“We have tried to negotiate in good faith for the last two years, but we do not have the luxury of time and I am not prepared to be held to ransom by three foreign banks who refuse to engage in constructive discussions to resolve this sorry situation.

“3,000 people lost their livelihoods in 2015 when SSI collapsed, and we owe it to the former steelworkers, their families and our community to secure the rest of the site for the people of Teesside.”

Mayor Houchen has repeatedly stated that compulsory purchase powers would be exercised if an agreement could not be concluded.

Since it was launched in August 2017, the Development Corporation has already seen more than 100 enquires, with a potential first phase investment pipeline of £10 billion, as it aims to create 20,000 jobs over the next two decades. Recently it was announced that the world’s first industrial scale carbon capture and storage project costing more than £4 billion would be located on the Redcar site and consultation is currently underway with the investor, OGCI.