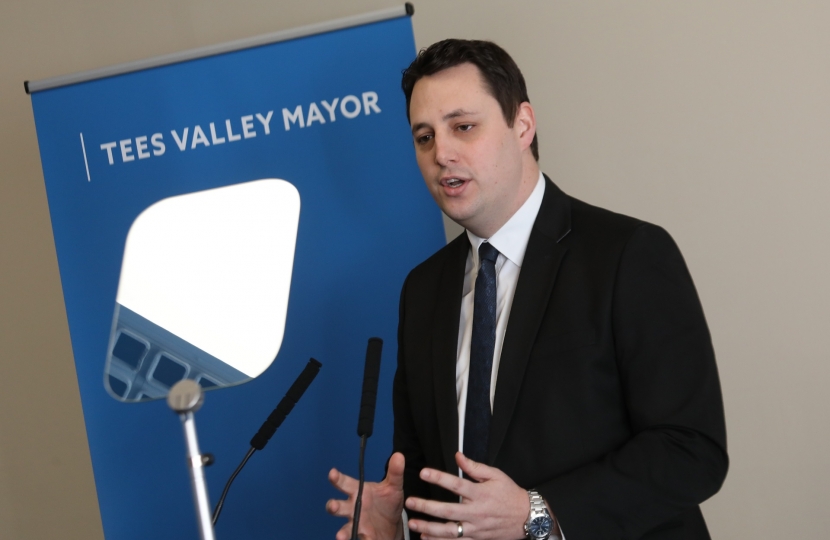 The meeting took place between Sacha Bedding, Chief Executive of the Wharton Trust charity and representatives from the Labour group on Hartlepool Borough Council to test their appetite for the project.

Mayor Houchen is furious that any councillor, of any political colour, would ever entertain such a meeting given the nature of the project. Mr Houchen was recently contacted by The Wharton Trust who urged him not to “express a view” on the plans because of his strong opposition to nuclear waste disposal in the area. Since receiving the letter Mayor Houchen did contact a number of councillors in Hartlepool, including council leader Shane Moore, to make it clear that this was not an acceptable proposal and should not be entertained. Mayor Houchen told the Hartlepool Council leader that any plans of this nature were dangerous and would hinder investment within the town and the wider region.

After learning about the secret meeting to arrange a backroom deal Mayor Houchen urged Council Leader Shane Moore to publicly rule out allowing the plans to go ahead.

Commenting Mayor Houchen said: “This stinks! I want to give Hartlepool Labour the benefit of the doubt. I hope this isn’t an attempted stitch up in secret to bring a highly dangerous nuclear waste dump to Hartlepool. They need to make their position clear immediately as the longer they are silent the more it says about their position. They must disclose details of this meeting, what was discussed and if they decided to support these ridiculous plans.

“For as long as I am mayor, I will fight tooth and nail to not allow our amazing region to become a dumping ground for nuclear waste, I’m told Shane Moore feels the same as I do, so now is the time for him to come out and condemn these plans publicly and commit to not allow any nuclear dumping in the town.

I’ve already taken steps to speak with Government and have informed them that this is not wanted in Hartlepool and never will be.

“We are making huge strides in Hartlepool and across Teesside and Darlington and the last thing we need as we sell our region to the world is to be known as the dumping ground for the UK’s nuclear waste.”