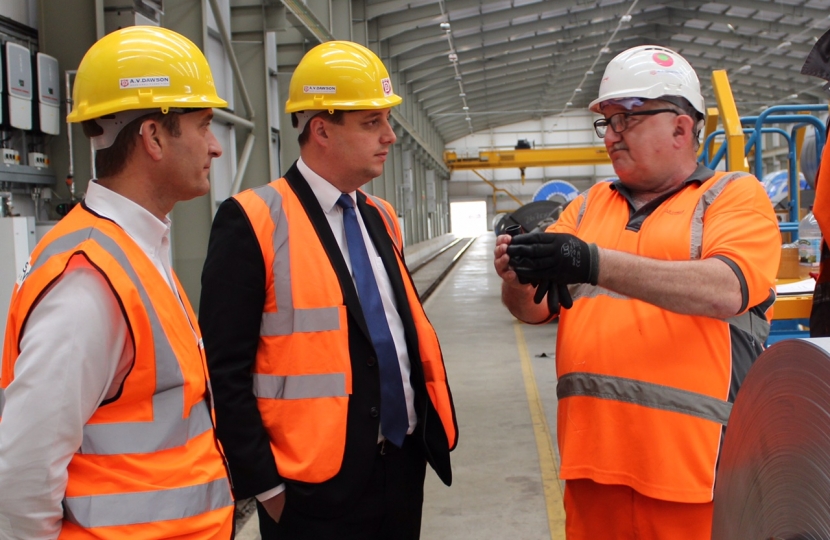 Since the ONS Labour Force Survey series began in 2010, almost 20% of the UK’s overall reduction in unemployment came from the North-East.

In Tees Valley, the figures also show a positive change. Over the past three months alone, the number of residents claiming unemployment benefits has dropped by 9%, compared to a 2% drop nationally.

The figures have come just days before students across the UK will receive their A level results and begin thinking about their future education and employment opportunities.

Mayor Houchen said: “Since 2010, three quarters of new jobs created have been full-time, and more full-time jobs mean more people have the security of a pay packet at the end of each month.

“These numbers are extremely heartening and demonstrate the commitment our local businesses have to investment, growth and job creation.

“This is also good news for the thousands of young people across our region who’ll be getting their A level results this week. It shows they don’t need to leave the region for job security and that we’re building a future where they can succeed in high-quality roles for life.

“While there are more jobs available, it’s even more important local people fill them. That’s why we’re investing in home-grown talent, equipping local people with the right skills for the jobs that are being created, rather letting companies rely on cheap imported labour.”

Since 2017, the Tees Valley Combined Authority has invested £54million, supporting the creation of 4,000 jobs. In 2018/19 there are plans to double this investment to £104million.

Wages, excluding bonuses, across the UK grew by 2.7% in the three months to June, compared with a year ago - higher than the official inflation rate of 2.4%.