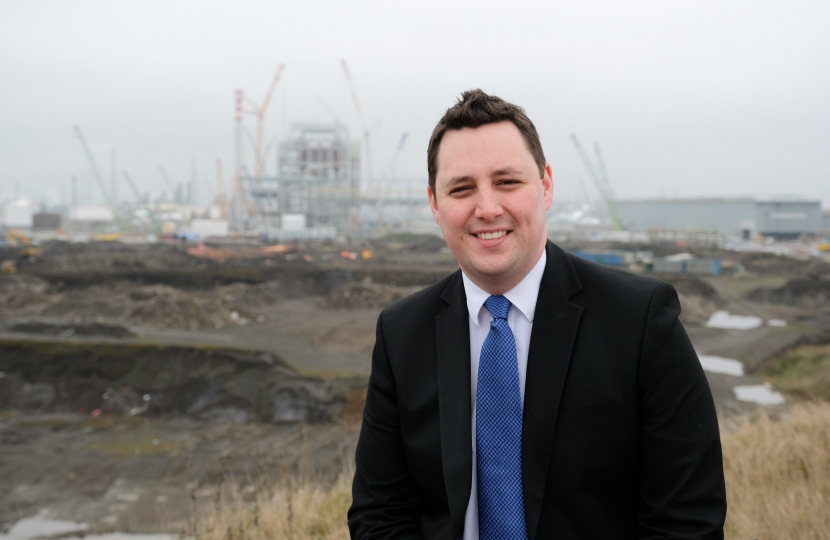 Tees Valley Mayor Ben Houchen has welcomed the announcement that an empty supermarket building in Middlesbrough will be used as a coronavirus test facility to help prevent the spread of the virus in Teesside, Darlington and Hartlepool.

At the start of the pandemic, Mayor Houchen called for the vacant supermarket building in Middlehaven, Middlesbrough to be used as part of the region’s coronavirus response measures, describing it as a ready built solution to relieve pressure locally, increase testing capacity, and help to save lives.

The site will be a hybrid site, offering both assisted and self-administered tests. This is in addition to home tests which can be booked through the government’s online portal and are becoming an increasingly important part of the UK’s testing strategy.

Following extensive discussions, including with local authorities and the NHS, the Government identified the Middlehaven Sainsbury’s site as the best location for a new testing centre. It was found to be most suitable due to the amount of people that could be tested at the site and how long it is available for.

The vacant building has laid empty for five years after Sainsbury’s pulled out of a move in 2015 from its current home in the town’s Wilson Street.

Although plans remain in the pipeline to split the building into smaller units, the facility with 80,000 sq ft of space remains empty.

Tees Valley Mayor Ben Houchen said: “I am really pleased that Government has listened and it is taking advantage of the great deal of extra space at the empty supermarket site, which is an ideal location to get people tested on Teesside.

“It is vital that people in Teesside, Darlington and Hartlepool have access to testing so that they know whether they, or members of their household, have coronavirus.

“This enables them to take steps to look after themselves, protect others and know if they are fit to return to word, and ultimately, help to reduce the spread of the virus across our region.

“We should be doing everything we can to help, and now this facility has been deemed a suitable location, I am pleased it will be made available to those who may need it.

“My absolute priority is to protect life and do all I can to support the most vulnerable in our society, and help local people and businesses get through what has been and what remains a difficult time for everyone.

Simon Clarke, MP for Middlesbrough South and East Cleveland, said: "This is excellent news for Middlesbrough. The opening of a Regional Testing Site will make it much easier for the town's residents to access testing.

"It makes perfect sense to utilise the Middlehaven Sainsbury's site, which has stood vacant for years. It just goes to show the kind of clear level-headed thinking of my colleague the Tees Valley Mayor, Ben Houchen, who first made this suggestion back in March.

"And this comes the week after we announced that Redcar Racecourse would host a mobile testing centre. Along with the sites at Teesside Park and Hartlepool, Covid-19 testing is now well within reach for people across Teesside.

"As we begin to remove restrictions, and begin Track and Trace, testing will become more and more important in beating the virus. This is a great development for our region."

Jacob Young, Conservative MP for Redcar, said: "Using the Middlehaven site as a Regional Testing Site makes perfect sense and will actually be the closest testing centre for my constituents in places like Eston, Ormesby and South Bank.

"Last week after we saw the mobile testing centre open at Redcar Racecourse, now we will have a testing facility at the centre of Middlesbrough.

"As Track and Trace gets well and truly underway, Teesside will be ready."

Mayor Houchen has already offered the use of the St George Hotel at Teesside International Airport as a location for a temporary medical facility.

He is also continuing to play his role in helping all businesses across Teesside, Darlington and Hartlepool. His coronavirus business support line is available 24/7 by calling 01642 662777 or emailing support@teesvalley-ca.gov.uk.

He is also making sure businesses and local tradespeople across the region that are still open or operating are highlighted on his website ­- buylocal.teesvalley-ca.gov.uk. More information on how to register can be found by visiting the site.