Plans to bring hydrogen trains, cars and buses to the region take a step forward 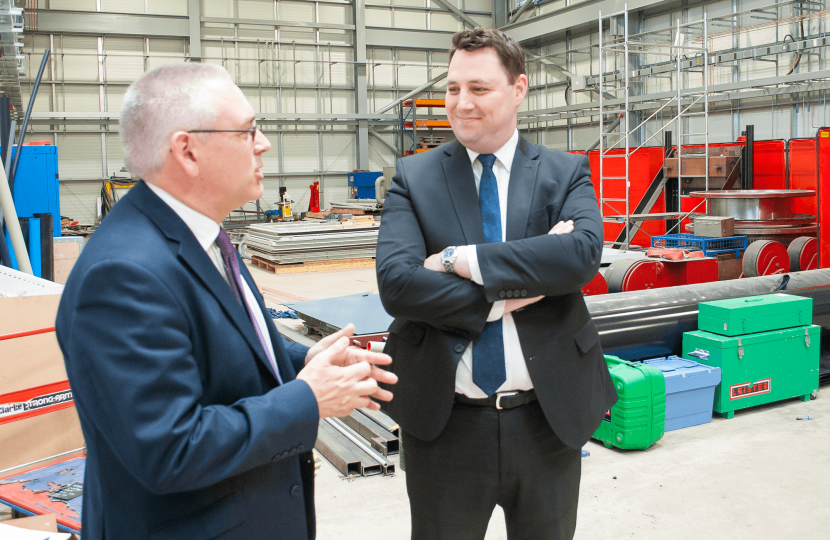 A major scheme to help transform Tees Valley into a UK-leading hydrogen powerhouse has been awarded £220,000.

Under plans being drawn up by Tees Valley Mayor Ben Houchen and the Tees Valley Combined Authority, a bid will be submitted to Government’s Office for Low Emission Vehicles to bring a fleet of hydrogen road vehicles and new refuelling infrastructure to the region.

If successful, the bid will unlock up to £40million to develop new refuelling stations across the Tees Valley, allowing cars, buses, bin lorries and even trains to be powered by the emission-free super fuel.

Mayor Ben Houchen signed off £140,000 to develop the bid and also secure a partnership with TWI. The Middlesbrough-based engineering firm has also pledged £80,000 to bring “unparalleled expertise” to the region, needed to develop the area’s wider hydrogen economy aspirations.

Figures from a draft report commissioned by Combined Authority and produced by KPMG suggest that exploiting the opportunities of the hydrogen economy could add up to £7billion to the region’s economy between 2018 and 2050, with the creation of as many as 1,000 jobs.

Mayor Houchen said: “Creating the jobs of tomorrow means investing in the right technology today. We already produce 50 per cent of the UK’s hydrogen, so properly utilising it will allow us to keep manufacturing jobs in the Tees Valley and build on the global drive to cut carbon emissions, rather than be held back by it.

“This investment means will help us to put the Tees Valley on the map for hydrogen, not just in the UK but globally.”

Chris Beck, TWI’s Strategic Fund Manager, said: “We’re confident that hydrogen will play a key part in the development of the region for years to come, and we are excited to be involved in shaping the future of energy and the Tees Valley economy.

“Our history in power generation and hydrogen research shows our experience in the sector. The backing to attract unparalleled expertise to the area will give us the resources and capacity to put our skills into action.”