Riverside Stadium to welcome The Killers next summer 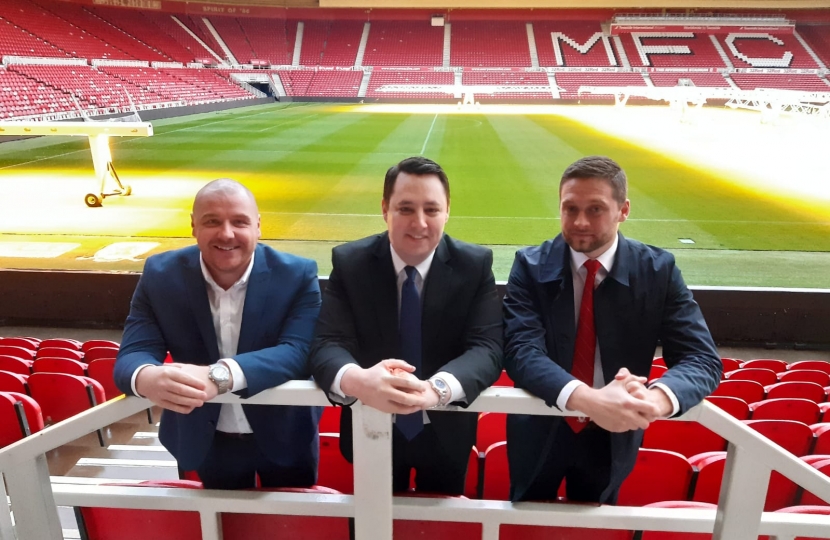 Tees Valley Mayor Ben Houchen has hailed the announcement that The Killers will play the Riverside Stadium next summer as a "huge coup" for Teesside.

The multi-award winning, chart-topping rock band will take to the stage at the Riverside on Saturday June 13 2020, supported by Manic Street Preachers.

The Las Vegas outfit, holders of a five-album streak of UK No.1 albums, will close out the UK leg of their ‘Imploding The Mirage’ tour on Teesside.

It will be the second major concert seen at the Riverside after June’s hugely successful Take That event in front of more than 30,000 fans.

Mayor Houchen said: “This is a huge coup for Teesside, The Killers are a global band who have headlined Glastonbury, sold millions of records and filled stadiums and arenas around the world and now they’re coming to Boro. They’ll undoubtedly draw huge crowds to the Riverside for yet another major concert, getting people spending in our towns, supporting local businesses.

“This is the only concert The Killers are playing in the North East. This is a huge vote of confidence in the Riverside and our ability to successfully stage large complex events and follows hot on the heels of Take That, Jess Glynne, the BBC Radio 1’s Big Weekend and the Great North CityGames all coming here. The Tees Valley’s continuing to attract big names and punch above its weight."

Tickets will be on sale from gigsandtours.com, ticketmaster.co.uk and thekillersmusic.com from 9am on Friday, November 22.