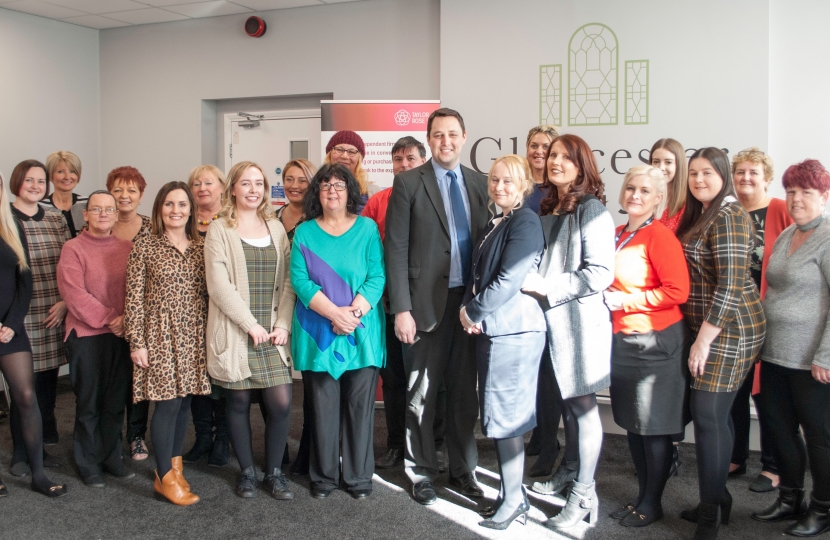 Mayor Ben Houchen has met with leaders and volunteers from some of the Tees Valley’s best-known charities.

On the visit to law firm Taylor Rose TTKW’ Stockton branch, Mayor Houchen met with Susan Gill from the Homeless Café Middlesbrough and Julie Connaughton from JPC Community Farm who are being supported by business owner and Consultant Solicitor Joanne Clark.

With16 years’ experience Joanne opened the new business in April 2017.

Mayor Houchen was told how the business has rapidly grown from just Joanne to a team of eight based in Gloucester House specialising purely in residential conveyancing.

With the two-year anniversary approaching Joanne now has plans to further grow the company and give more support to charities.

Along with the Homeless Café Middlesbrough and JPC Community Farm the firm is also supporting the Teesside Family Foundation and other small businesses.

A fundraising and awareness raising evening for the charities has been organised by Joanne for the 4th April, from 6pm – 9pm at the Dormans Club on Oxford Road.

The event will include over 20 stalls, music, refreshments, a magician and live auction, tickets are priced at £2.00 and are available on the door. The first 50 entrants will also receive a free goodie bag.

Mayor Houchen said: “What Joanne has achieved in a short period of time is amazing. Starting a business is a daunting task, anyone who’s done it knows how all-encompassing it can be, so to see Joanne also be so dedicated to supporting local charities and other small businesses is fantastic. I’m sure the charity night will be a great success.”

Joanne Clark said: “I’ve always been passionate about helping charities and I was determined to continue helping as much as I could while getting the business off the ground. Luckily my team is equally as passionate. It was really great to be able have Ben along to meet some of the volunteers from the charities we support and I know his support for our charity night is very much appreciated.”