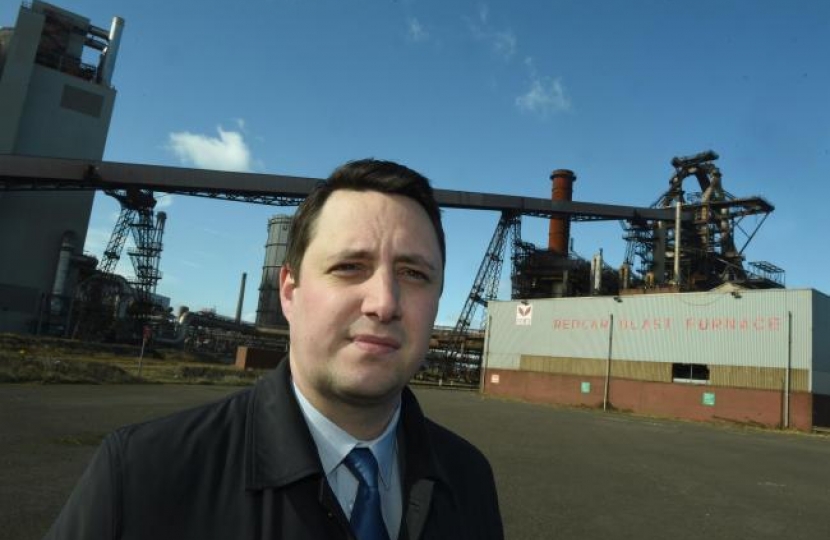 Since May 2017, the Government has provided £137million to get the former steelworks site ready for redevelopment, and Mayor Houchen has repeatedly stated he would be the first to ask for additional money as soon as it was needed.

He is now calling on the next Government, whichever political party it is, to make the awarding of £50million one of its first acts ahead of the next stage of compulsory purchase proceedings for the site In February.

Last month, Mayor Houchen, who is also chairman of the South Tees Development Corporation, confirmed the Public Inquiry into the Compulsory Purchase of 870 acres of land at the former Steelworks will begin on February 11th next year and will run for up to 12 days.

Mayor Houchen instigated compulsory purchase proceedings after the three Thai banks, who have a charge over the steelworks site, failed to agree a deal despite continued and sustained efforts by Mayor Houchen to reach a fair deal to secure the land for UK taxpayers.

Mayor Houchen said: “The first act of any new government, whatever form it takes and whoever is in Downing Street, must be to give the Development Corporation the £50million it needs for the redevelopment of the former steelworks.

“Since I was elected we’ve already secured £137million from Government, and we still have got some of that money left, but I have always said I would be the first to ask for more money when we need it, and now we need that additional cash for the next stage of redevelopment.

“We have huge plans for the former steelworks site, we’ve received over 100 serious expressions of interest from global companies wanting to invest and create good-quality, well-paid jobs here in Teesside.

“In February I did a deal to buy 1,420 acres of land on the Development Corporation site from Tata – an area of land about the size of Gibraltar and the former SSI lands is the final piece of the jigsaw.

“With the powers, the ownership of the land and the cash we need, we can unlock the huge potential of the site and bring thousands of jobs back to the area.”

Since it was launched by the Prime Minister in August 2017, the South Tees Development Corporation has already seen more than 100 enquiries from around the world, with a potential first-phase investment pipeline of £10billion, as it aims to create tens of thousands of jobs over the next two decades.

More recently there has been a public announcement of the world’s first industrial scale carbon capture and storage project that will be based on the site. It is believed that it is a multi-billion pound investment that will see Teesside become the first net zero cluster in the UK and will create hundreds of jobs on the site.