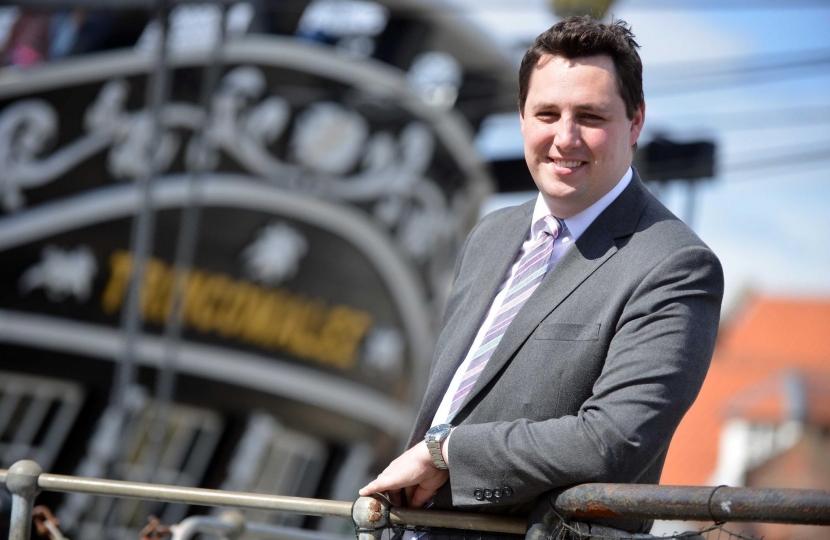 Tees Valley Mayor Ben Houchen and Hartlepool MP Jill Mortimer are demanding answers from Hartlepool Borough Council on whether or not the council has been holding secret talks to dump nuclear waste in the town.

In a bid discover the truth the metro mayor and the town’s MP have written to Denise McGuckin, Managing Director of Hartlepool Council, demanding to know if council officials and councilors have been in correspondence with, or held discussions with, staff at Radioactive Waste Management, the government body responsible for disposing of the UK high level nuclear waste, or The Wharton Trust.

On Friday Mayor Houchen exposed a secret meeting between Sacha Bedding, Chief Executive of the Wharton Trust charity and representatives from the Labour group on Hartlepool Borough Council to test their appetite for making Hartlepool home of the UK’s nuclear waste dump.

Mr Houchen was recently contacted by The Wharton Trust who urged him not to “express a view” on the plans because of his strong opposition to nuclear waste disposal in the area. Since receiving the letter Mayor Houchen did contact a number of councillors in Hartlepool, including council leader Shane Moore, to make it clear that this was not an acceptable proposal and should not be entertained. Mayor Houchen told the Hartlepool Council leader that any plans of this nature were dangerous and would hinder investment within the town and the wider region.

Along with council officials and councillors, Mayor Houchen and Mrs. Mortimer also want to know what the Managing Director knew about the plans, and what discussions she may have had with either Radioactive Waste Management or The Wharton Trust regarding the reprehensible plans for the town.

Commenting Mayor Houchen said: “Hartlepool deserves answers about what the council knew about these plans, and if secret talks have been taking place at the council with representatives from Radioactive Waste Management or The Wharton Trust those responsible need to be held accountable.

“On Friday we learned about a secret meeting between The Wharton Trust and the Labour group at Hartlepool Council, if Sacha Bedding has been holding meetings with Labour to push these totally unacceptable plans, who else has he been talking to at the council. Local people have a right to know.

““For as long as I am mayor and Jill is MP we will fight tooth and nail to not allow our amazing region to become a dumping ground for nuclear waste, and I am pleased that as soon as I made the meeting between Sacha and Labour public Shane Moore came out unequivocally and joined us in opposition to these plans.

“We have made our opposition clear and the Minister is in no doubt that we do not want to turn Hartlepool, which has so many amazing things going for it, into a dump for some of the most dangerous and hazardous material in the world.

“We are making huge strides in Hartlepool and across Teesside and Darlington and the last thing we need as we sell our region to the world is to be known as the dumping ground for the UK’s nuclear waste.”