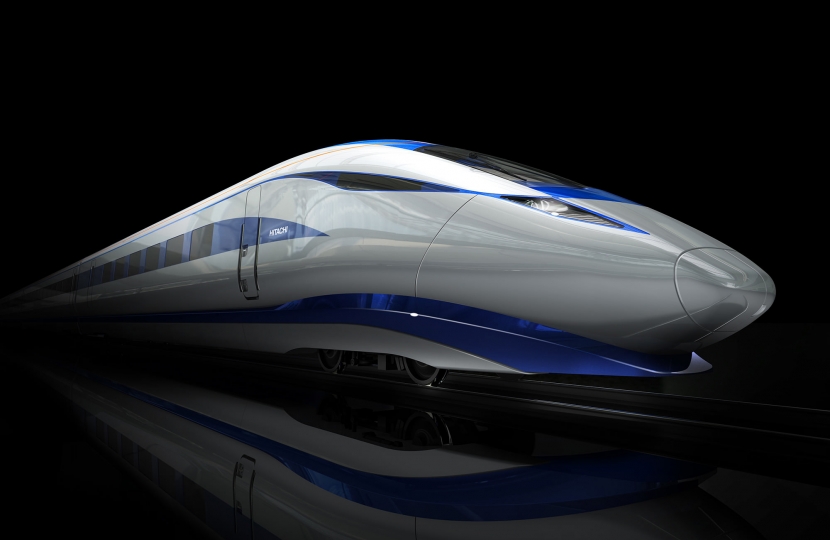 Next year, your Department will award a contract worth £2.8 billion to design, manufacture and maintain at least 54 trains for Britain’s new High Speed 2 line. I am writing today to set out why awarding this contract to Hitachi Rail Europe would be a monumental vote of confidence in Tees Valley’s workforce, our world-class supply chain, and the wider Northern Powerhouse.

The Hitachi Rail Europe’s factory in Newton Aycliffe was, at the time, the single largest private investment in my region since Mrs Thatcher brought Nissan to Sunderland in the 1980s. More than 1,000 local people work on site, primarily in highly skilled, high GVA roles. To say this has had a transformational impact on Tees Valley’s supply chain would be an understatement. Already manufacturing the most advanced train in use in the UK today, the Class 800 ‘Azuma’ - as well as other state of the art trains and rolling stock - the 127,500m2 facility has the capacity to deliver more than 35 vehicles a month. Hitachi, I believe, has clearly demonstrated its competence to deliver the Government’s £5.7bn InterCity Express Programme, and I’m confident they can do the same with HS2.

In June 2016, the communities from which Hitachi draws its North East workforce voted for Britain to leave the European Union - as did countless other towns and villages across the North. While these communities will help to pay for HS2, not all in my region are fully convinced of its benefits. By committing to manufacture HS2’s trains in the North, specifically at Hitachi in Newton Aycliffe as part of the Bombardier-Hitachi joint bid, the Government would clearly demonstrate the Britain- wide benefits of this project, especially in communities yet to be persuaded of them. Furthermore, this would display the Government’s unequivocal confidence in the Northern Powerhouse’s ability to deliver world-leading technology, and do so competitively.

The Hitachi factory is located just a mile from the East Coast Main Line and close to the site where the world’s first passenger railway was built between Stockton and Darlington. By awarding this major contract to a firm with a fantastic track-record, and in birthplace of modern rail, together we can truly bring train-building back home.

I’d also be delighted to welcome you back to the North East to visit Hitachi’s factory. My office will be in touch in due course.