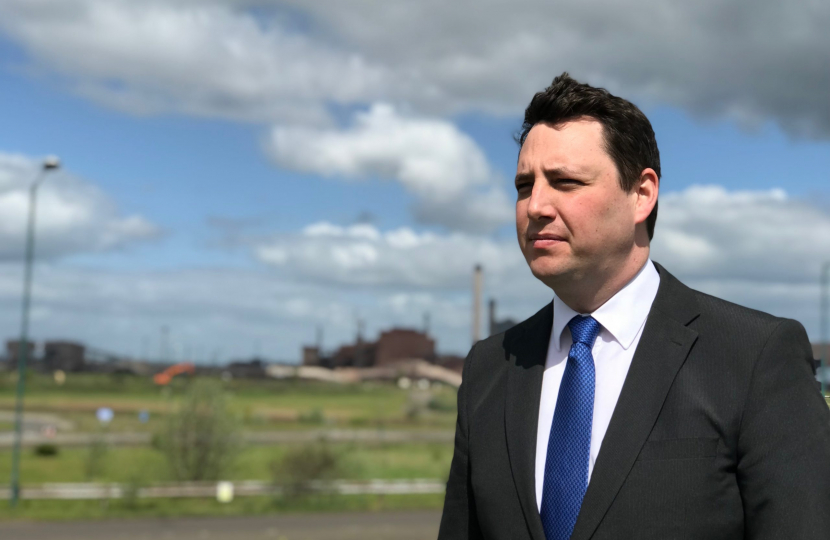 Tees Valley Mayor Ben Houchen has welcomed the news that Sabic has pledged to invest £850million into a new green energy project at Wilton, on Teesside, safeguarding thousands of jobs.

Mayor Houchen met with Yousef Abdullah Al-Benyan, the global Chief Executive of petrochemical firm Sabic, at this month’s Global Investment Summit hosted by the Prime Minster and Her Majesty The Queen to rubber-stamp the investment.

Sabic, a subsidiary of oil titan Saudi Aramco, have agreed funding to restart its hydrocarbon cracker at Wilton and convert it to run on hydrogen, a greener source of energy. The conversion would also aid the Government’s green energy ambitions, as hydrogen is a natural byproduct of the cracking process.

The cracker, known as the Olefins 6 plant, breaks down hydrocarbons into chemicals such as ethylene which are then used in a host of further processes, and has been shut down for over a year. The restarting and conversion of Wilton – Europe’s second largest cracker – is expected to create about 300 jobs and support thousands more.

The news follows hot on the heels that both bp and Kellas are to develop blue hydrogen production facilities on Teesside and Protium will develop a green hydrogen plant making the region the go-to place for low-carbon, green energy technologies.

Mayor Houchen said: “I’m delighted to announce that following my meeting with the global CEO of Sabic, he has committed to strengthening ties with Teesside even further and will pump hundreds of millions of pounds of investment into the Wilton site.

“I would like to thank him for identifying that the Tees Valley is leading the UK in clean energy technologies and we’re set to become the country’s first decarbonised industrial cluster.

“This investment will help support and create hundreds of well-paid, good-quality jobs for people across Teesside, Darlington and Hartlepool, boosting our economy in the process and again putting our region firmly on the map at the heart of innovation.

“Investments like these within hydrogen, offshore and carbon capture taking shape across the whole Tees Valley bring about less pollution, and drive forward an environment that, like these industries, is also cleaner, healthier and safer.”

Jacob Young MP said: “This is genuinely fantastic news for Wilton Site and for the wider Teesside Industrial Cluster. On a day where we’ve seen investment from Government and the UK Infrastructure Bank announced for our region, to get this over the line too is phenomenal.

“Hundreds of millions of pounds invested in the site, a secure future for decades to come, and creating and protecting over 1000 jobs. What a result.

“Having worked at SABIC on Teesside, being part of its rebirth is personally really special to me, and I want to thank Lord Grimstone and Mayor Ben Houchen for all their work in helping us secure this.

“After years of industrial decline, we are seeing a revival in our industry on Teesside – spurred on by our Freeport and the decision on Net Zero Teesside – and I could not be more buzzing about what our future holds and the amazing opportunities we are creating here.”