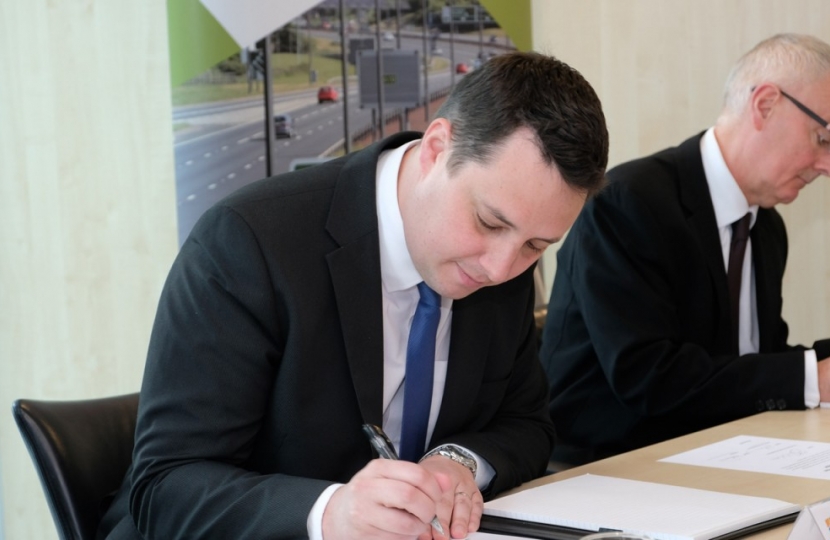 The funding is part of a bid into the Government’s Access for All scheme, which if successful would supplement the £1 million committed by Mayor Houchen and £200,000 earmarked by Stockton Council with an extra £800,000 from the department for Transport. This would cover the estimated £2 million cost of adding full disabled access to the station.

The station, which sits on the Durham Coast Line was built in the 1960s to replace an older facility, has enjoyed a 14% increase in use over the past five years.

Mayor Houchen said: “Everyone deserves access to transport so we have to create disabled access at Billingham Station. My plan to create more and better jobs across the Tees Valley can only be fully effective when everyone, regardless of any mobility issues they might have, has access to them.

“For years a succession of politicians and officials have promised better station facilities for the people of Billingham, including making sure it has appropriate disability access, but failed to deliver. That’s why I have taken the decision to step in.

“There is a temptation for people to focus on bigger towns and eye catching projects, but it’s often the little things than can make a difference to people’s lives. I have put Billingham at the centre of my plans for jobs and economic growth in the Tees Valley investments including £7 million for Fujifilm’s Biocampus, now this station upgrade shows the town is on the map for transport improvements too.”