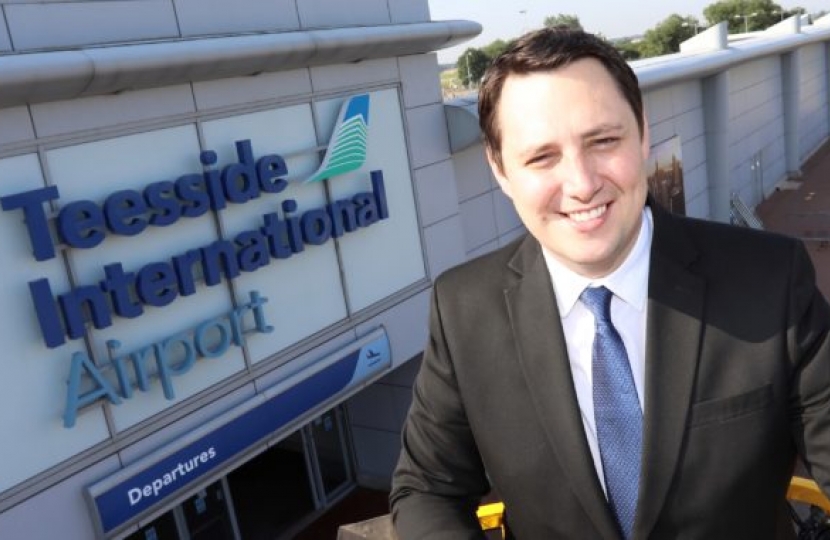 Teesside International Airport celebrated its best month in 14 years in September for its route to and from Amsterdam Schiphol Airport operated by KLM Royal Dutch Airlines.

The figures from regulator the Civil Aviation Authority (CAA) show the air-link, which is popular among business and pleasure travellers, saw its highest traffic since October 2005.

The data shows that momentum is gathering behind the airport as it grows passenger numbers, attracts new routes, supports businesses locally and draws new companies to the airport.

Currently, KLM operates three flights a day between Teesside International and Amsterdam Schiphol, providing a valuable link between the region and the capital city of the Netherlands.

The figures also come after KLM, the world’s oldest airline, celebrated its 100th anniversary in October. The partnership means Teesside International travellers can easily access to 165 destinations across the world from Amsterdam Schiphol through KLM’s worldwide connections.

Tees Valley Mayor Ben Houchen said: “It has not even been 12 months since I bought our airport but we are already making significant progress with our 10-year rescue plan. Today’s announcement that we have some of the best passenger numbers the airport has seen in almost 15 years is proof that the plan is working.

“Before I was elected, there was a real risk of this airport closing, but now we are seeing double digit growth in passenger numbers for the KLM service to Amsterdam, and the most passengers in a single month for the airline for more than 14 years. There is still more work to do, but these figures show we are on the right track.

“This announcement also goes to show just how popular the airport’s Amsterdam route is with passengers, and emphasises, as we saw last month with a number of pupils from Redcar flying to Ghana via Amsterdam, that you really can go Worldwide from Teesside.

“In the space of just a few months, we’ve announced the first flights to Spain in seven years, more summer flights to Bulgaria next year, and there are more exciting plans in the pipeline that everyone is working very hard to make happen.

“Despite all the scare stories and negativity when I first made this promise to the people of the Tees Valley, this is further evidence that Teesside International Airport can be a success and return to its glory days."

Kate Willard, Director of Partnership Development at Stobart Group, said: “KLM and Teesside Airport have a long-standing, successful partnership and we are delighted to see more and more people use the airport, showing the business and local community is backing Teesside International.

“Thanks to KLM, local people and businesses can get worldwide from Teesside, with the award-winning Amsterdam Schiphol airport connecting us to more than 160 global destinations, multiple times a day. We know how important this relationship is and we look forward to working ever closer with KLM to offer passengers the best connectivity we possibly can.”

Benedicte Duval, General Manager for Air France-KLM in the UK & Ireland, said: “We are delighted to see the strong commercial performance and positive passenger numbers on our Teesside to Amsterdam route.

“KLM provides both business and leisure passengers from the Tees Valley area with an opportunity to take advantage of seamless connections to KLM’s worldwide network via Amsterdam Schiphol Airport. We look forward to continuing to work closely with our partners at Teesside International Airport to provide the best possible customer experience to local residents.”